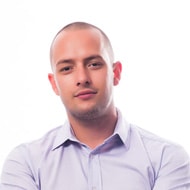 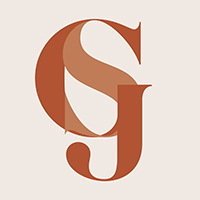 Innovation, technical know-how, sensitivity, and attention to detail are the ingredients of our work. 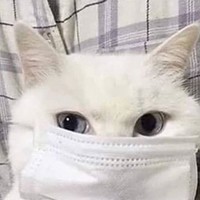 With over 10+ years of development and management experience, Jenish helps IT companies and Marketing Agencies achieve their development goals. Jenish is responsible for ensuring client satisfaction and guiding i-Genesys' strategy and growth. I-Genesys are Wordpress Development Company in India, USA, The Netherlands.

I am the creative person and developer both in mind. I have much experience working with several environments as HTML5, CSS3, jQuery, Angular-js, PHP5, WordPress, Joomla and many more CMS. Nicely developed, awesome graphics, minimalistic style, what else could you want :) I wasn't able to check it from my VR but I'm sure it will be a great experience !

The scrolling bahaviour is wired on mac, it doesn't feel natural. The colors are nice, the design is minimalistic which is good but I in general it looks too stretched on my 27'' display.

Also I don't understand why the some of the menu items are in greek :)

In general the direction is good, but it looks like attention was not paid on the details....

The website has some nice transitions but however I noticed some issues such as :
- hero images do not fill the full width of my 27'' display :)
- the active state of the menu is invisible in the OKNA page

I would also suggest a better timing of the elements in the homepage hero image. Currently they come one after each other which takes a lot of t...

I like the creativity in this project and also the good UX practices that I see. I love the typography.

The only thing that I don't like it this weird slider on the homepage :) I actually hate it ... but all the rest is awesome ! And your guys can really put some more animations and transitions in there :)

Nice & Clean. There are only 2 things that I could suggest :

#1 - put some highlight on the main nav because it's really small right now :)

The scrolling behaviour is very bad on mac. This is a common issue because of the scrolling inertia on MacOs so whatever plugin you want to use you need to carefully test.

And in general I find it very difficult to understand what the site is about. Interesting facts about the airport, I figured it out after a while but it's a bad UX in general.

I see some nice skills in the portfolio, but I believe that the very website that's presenting this skills (aka uiviking.com) needs a bit more detail.

Firstly I was expecting some more of the homepage while waiting for the preloader. Usually the preloader loads some nice stuff, but there was only a background image and a text once the page was di...

The UX is well-structured, the content is there and is very nicely positioned.

However, there's a lot that can be improved in the UI design and this will also enhance the UX even more.

The typography is not catchy enough and the fonts used are not engaging. The spacing is not used the right way - the pages are very long to scroll, with no that muc...

Nice animations, nice UX. Congrats ! However, I would use different easings in order to make the animations stand up a bit more.

I loved some some of the portfolio pieces in the website.

But there are some things in the design that definitely can be improved, such as :

- The intro animation. First I thought that it's a preloader but then I realized that it's taking the same amount of time for each page. It's a bit annoying. - Typography - the titles of the projects could be...

I usually like diagonals. But in order to break the rhytm it's a good idea to "rotate" the design at some point. Currently everything is narrow and I started to rotate my head while reading :D

I couldn't enter your web projects - all I was able to see were the thumbnails. Also I couldn't understand what's the idea of the toggle that changes the c...

Congrats on trying to go as simple as possible.

But I believe the project still needs a lot more attention to detail and some nice transitions (Creative Front-End Development).

On my 27'' display there's too much white space for so little information. Also using only red color is not the best choice in your case since it's hard to distinguish link...

The website has awesome graphics, no doubt about it. Typography is great, colors as well. I will recommend this for Daily Fox, but there are some things that could be improved : - The landing page is the worse of them all. It needs to be improved in order to match the quality of the rest of the pages - It takes too much scrolling till I get to t...

The idea is great. As a manager of a Creative Front-End Agency I'll definitely recommend this website to my developers. I would suggest having not only resolutions but also pixel ration in the breakpoints, since resolution is not always enough.

Despite all of that, I don't believe this project is suitable for a design award. It's a useful tool fo...

There's too much imagery for me with no white space in between. This is the first thought that crosses my mind when I open the website.

1 - I don't understand the meaning of the roses (maybe?) on the homepage
2 - The typography is weak and too simple
4 - There's too less text in the case studies and the images are presented in a boring way