Social networking and Web Talk To

By the way, the last version of Web Talk To logo was the result of our work on graphic design for Social Network sites. More precise to say that the new logo was created when we were working on a version of the design for the Google+ page.

So we registered Social Networking Service accounts.
This was done not so much to the SEO (Search Engine Optimization), but for a closer relationship with our friends and clients. With the help of the network you can quickly report on the new article or page or any other news, and that greatly simplifies communication with others.

After a three month of testing those network platforms for usefulness to Web Talk To, we have concluded that Facebook and Twitter are not useful for us as Google and Pinterest, but it is too early to render a final verdict. In the future, we necessarily will return to this topic. 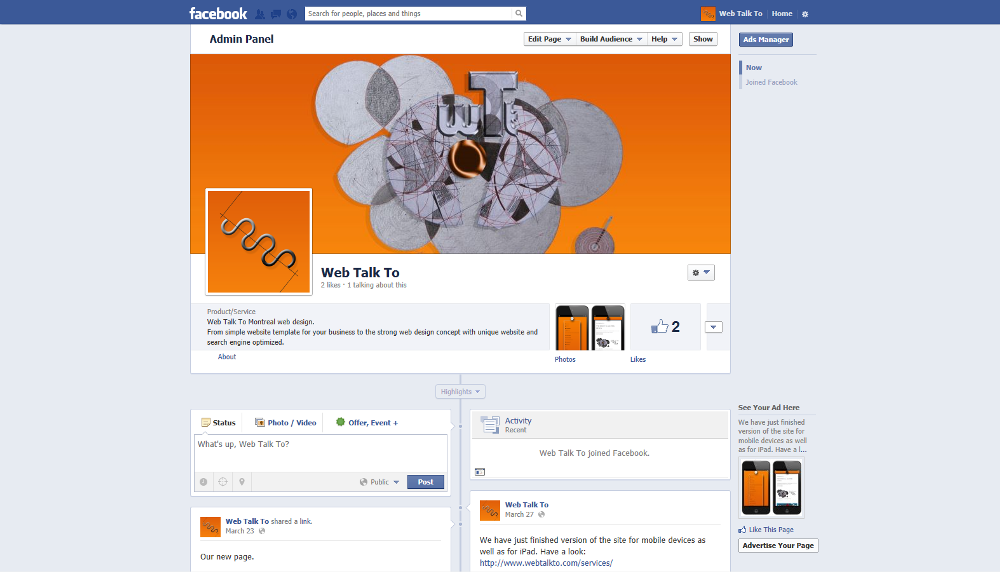 The idea for Facebook cover graphic comes from one of our blog articles: Appearance. Graphic etude

Of course I use the WTT gradient, as a background for the cover. Cool, isn’t it?

This is how I designed our Goosle+ page. 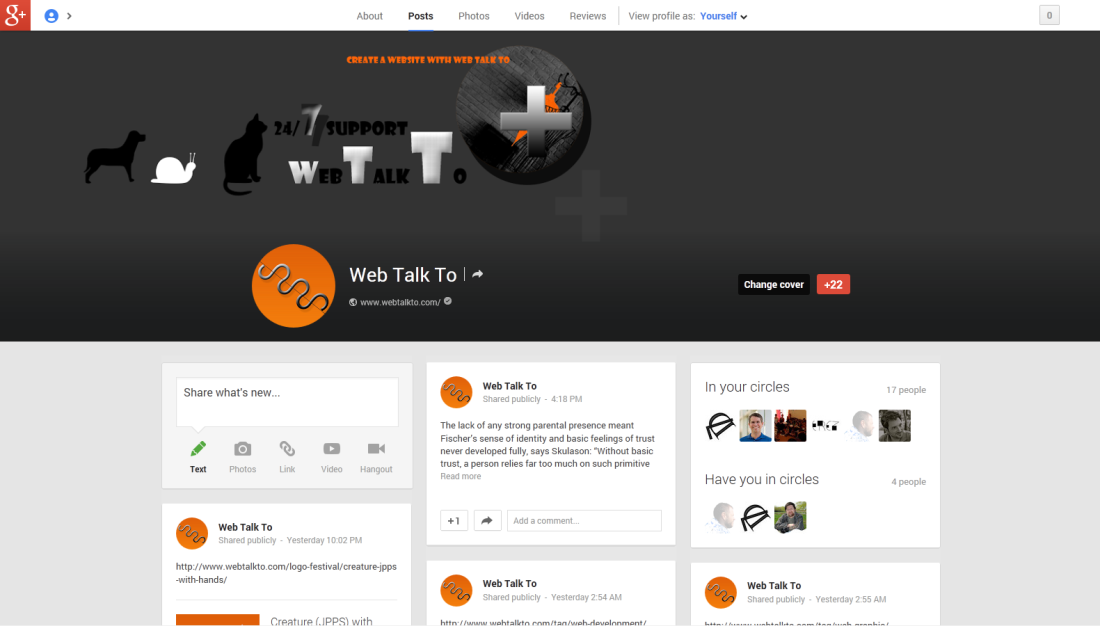 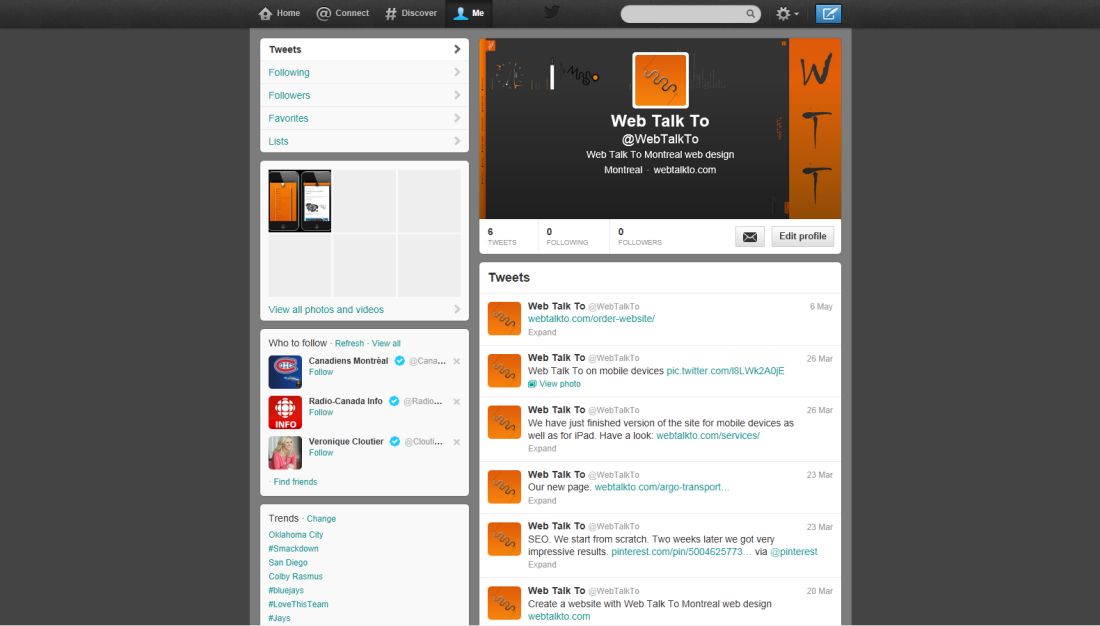 By the way this is such a great idea for the Footer: 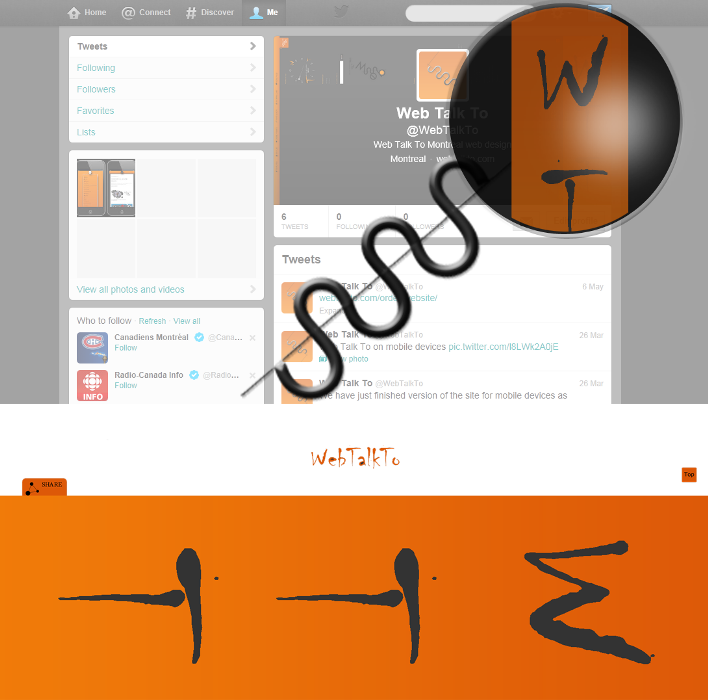 Like I mentioned the new WTT logo was born when I worked on our Google+ page design. Now I should thank Twitter for such a nice idea for the footer. We can make an obvious conclusion: even if we are not sure that what we are doing is useful to us, we still should try to make it qualitative and then i confidently can say it will be useful to us. I do not know if I will use this idea for the Web Talk To footer, but any way, it is a good idea and I am sure I will use it for something. 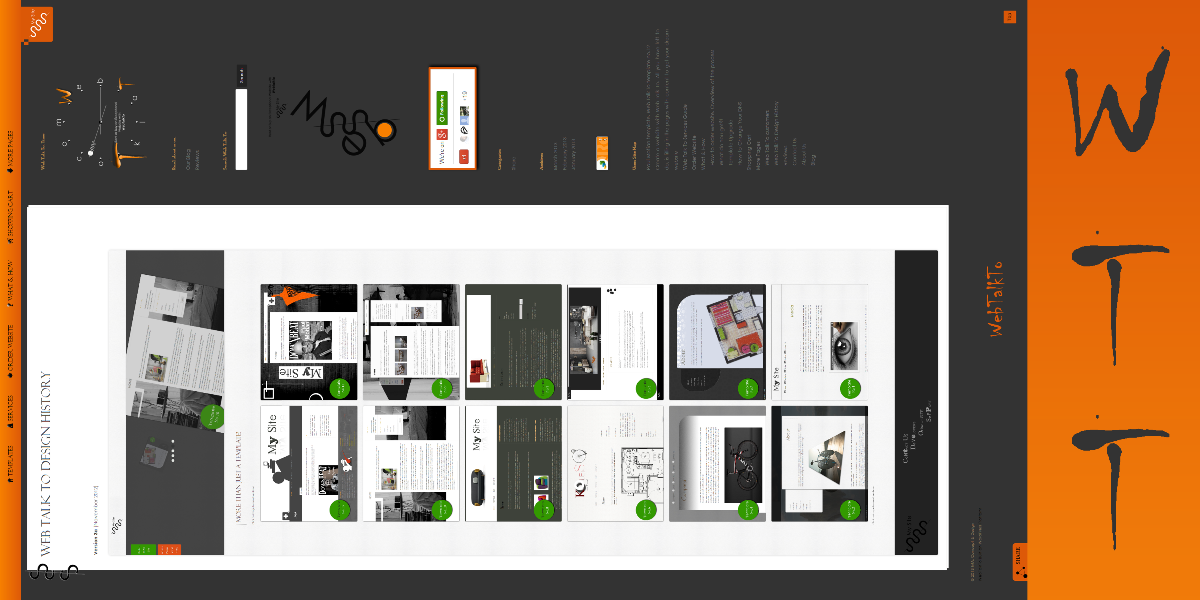 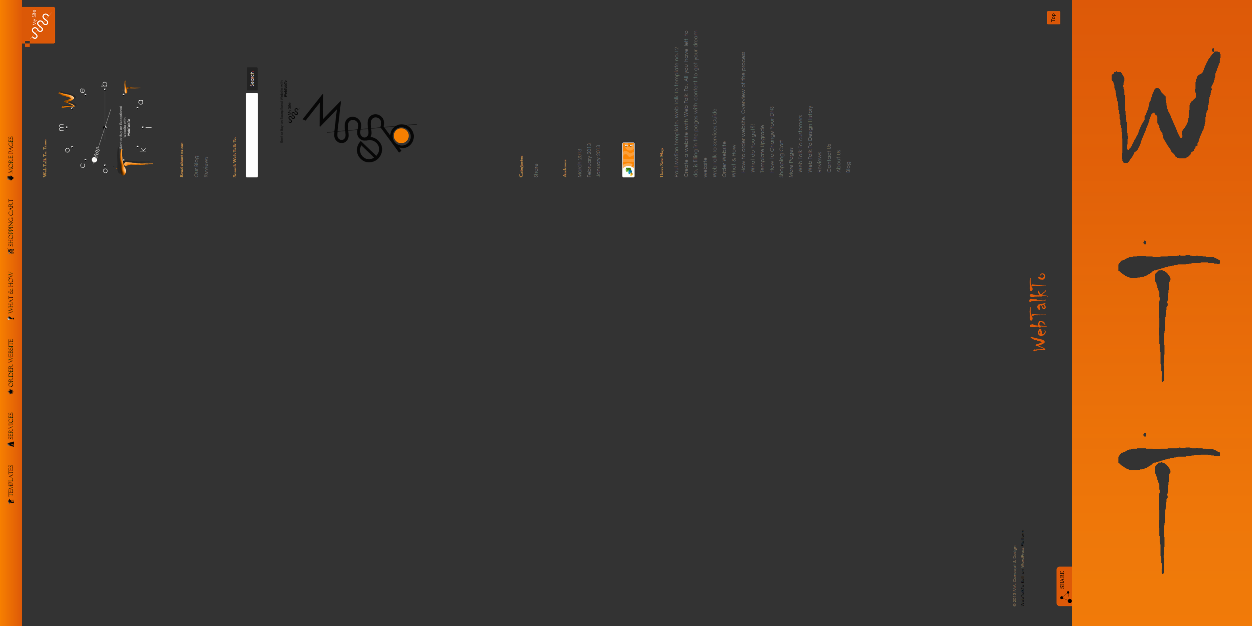